Against an urban backdrop, a group of people in costumes rush hurriedly from left to right across the picture. Our gaze, eagerly following the rapid movement, is suddenly arrested by a woman dressed in black – with black hair, high boots and a yellow bag – who is hastily walking in the opposite direction at great speed as well, thus abruptly interrupting the flowing rhythm of the pictorial composition.

Astonishingly, it is not the individuals attired in amusing costumes that raise questions in our minds. It quickly becomes obvious that what we are seeing must be a carnival or Mardi Gras scene. For what other reason would a group of people be proceeding along the streets in such a way. But who is the woman? Where is she headed? Why is she not following the others? 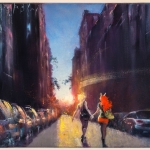 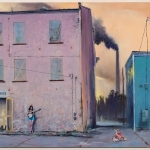 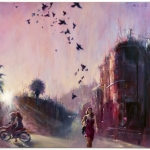 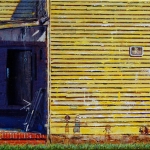 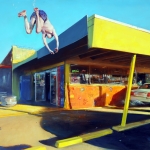 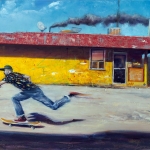 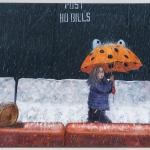 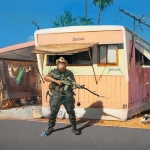 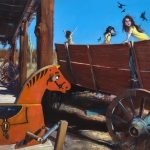 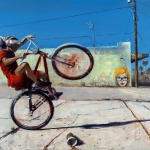 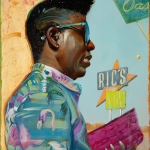 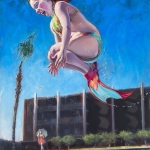 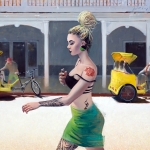 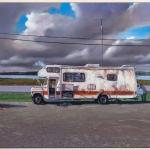 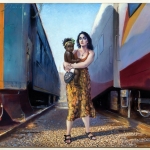 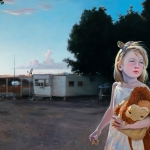 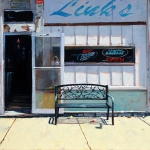 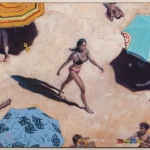 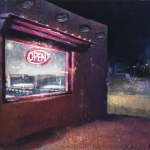