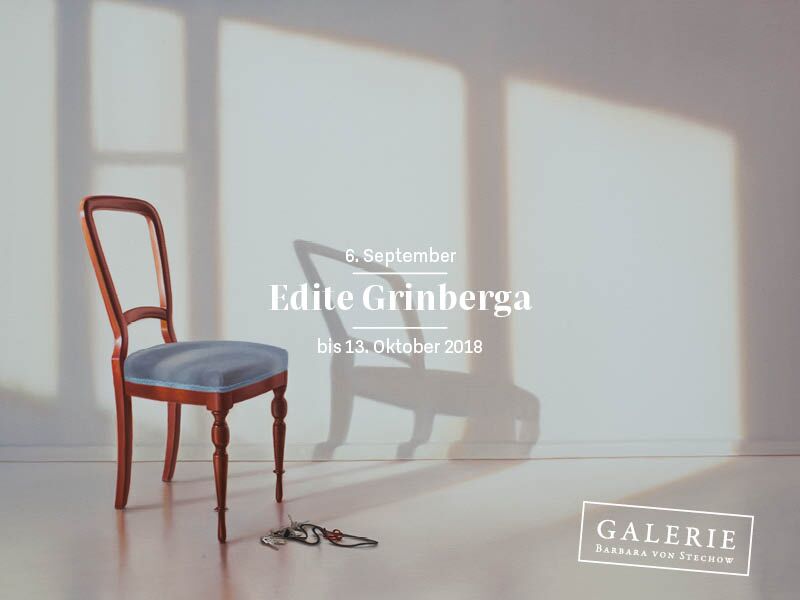 We cordially invite you to the opening of EDITE GRINBERGA and MAXIMILIAN VERHAS on September 5th 2018, from 6.30 pm, at Feldbergstraße 28, Frankfurt am Main. The artists will be attending.

Edite Grinberga was born in Riga, Latvia, in 1965. She studied at Janis Rozentals Riga Art School from 1975 until 1982 as well as painting and textile design at the State Academy of Art in Riga as of 1983. Following her studies, she initially freelanced as an independent artist in Riga. Since 1990 she has lived and worked in Berlin.In 2011 she spent some time at the Santa Fe Art Institute in New Mexico, USA, in connection with a scholarship.
The depictions of deserted interiors which E. Grinberga furnishes with just a few everyday objects, such as a book, a piece of clothing, a musical instrument or a chair, radiate an air of beautiful melancholy. She definitely does not capture those dreamy moments of melancholy by accident. The concept of the artist initially requires the creation of a balanced composition of the objects within a room. Whereby the play of light and shadow is probably the most important element. Therefore, it must be ensured that the light falls perfectly, thus generating a complementary formation of shadows. To some extent, the artist also makes use of mirrors to reflect light in the desired direction, resulting in fascinating and complex interplays of shadows. After that, the artist photographs the room at various different times of the day in order to capture the perfect composition of light and shade. It is only then that the artist starts the painting phase.
The everyday objects that are shown in her pictures seem to have been left behind just seconds before. Whether it be an apple with a bite taken out of it, a chair that has fallen over or a bunch of keys lying on the floor. All of those objects look back at the past and tell a story. The objects give viewers a broad scope of freedom for interpretation and for their own individual stories which that they create or of which they are reminded. By using light and shadow, she generates vibrancy in an “almost” empty room – in addition, she succeeds in infusing her works with a certain dynamic energy through her rendering of fabric panels.
The works of the artist have already been on display at various solo and group exhibitions. In 2015 her works were on display at an exhibition at Ixchel Museum in Guatemala City and at the Stephanie Breitbard Gallery in San Francisco, among others. In 2017 her works were exhibited at the municipal museum of the City of Wesel. 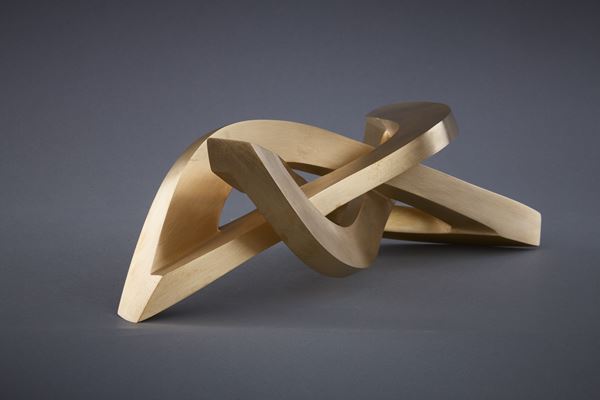 The works of Maximilian Verhas, an artist who was born in Essen, essentially originate from an age-old artistic principle – sensory perception. During his training as a sculptor at the Academy of Fine Arts in Nuremberg, the budding artist already grappled intensively with the thematic area of “dimensional” perception. What fascinated him then and still does today is the principle of multiple perspectives – an aesthetic approach that makes itself felt through shapes and flowing compositions, depending on the standpoint of the viewer.

In comparison with two-dimensional works of art, such as paintings, sculptural works can never be immediately absorbed in their entirety. New views of the object are only revealed to the viewer when the viewer’s position changes. In 1990 Verhas amalgamated all of those aspects and created the series made up of his so-called “Rollkörper”, i.e. rolling objects.

When they are at rest, the sculptures cast in bronze seem inert and motionless. However, if they are nudged slightly the sculptural object in question moves smoothly along the rolled edges and it is transformed into a rhythm of steady movement. The rolled edges, which Verhas determines precisely in advance, fulfil a compositional function, highlighting the interplay of convex and concave shapes even more clearly.

We are looking forward to welcome you!