Matthias Will lives in Darmstadt and in the Odenwald. He studied art at the Johann-Wolfgang-Goethe Universität in Frankfurt from 1970-1973. Between 1975 and 1980, he studied sculpture with Professor Michael Croissant at the Hochschule für Bildende Künste, the Städelschule. Since 1980, he works as a freelance sculptor. His works have been shown in Germany and abroad in numerous exhibitions and are to be seen at many public places. In 1987, he started teaching at the Johann-Wolfgang-Goethe Universität and in 1988 he obtained a scholarship from the country of Hessen for the Cité International des Arts in Paris. In the year of 1996, Matthias Will was awarded the Georg-Christoph-Lichtenberg-Preis of the Landkreis Darmstadt-Dieburg. 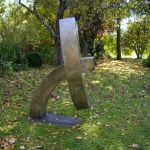 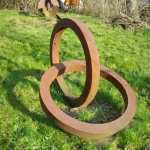 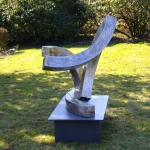 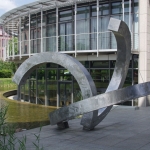